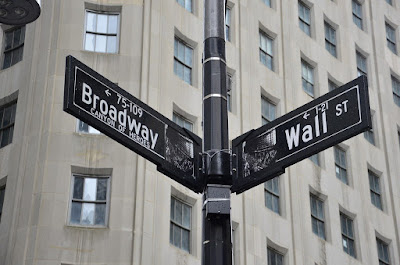 Gartner predicts the CPQ market will continue to grow at a compound annual growth rate (CAGR) of 20%.
So the natural thought is of course, can you invest in these CPQ companies? The answer is 'kind of', because there is no listed company which is purely focused on CPQ. In this post we go through the listed companies that offer CPQ.
Listed companies offering CPQ:
PROS (NYSE: PRO): PROS is one of the leading CPQ-vendors with their product PROS Smart CPQ. They acquired Cameleon CPQ in 2014 on which the current product is based. An estimated 25% of PROS’ revenue comes from the CPQ offering.
Salesforce.com (NYSE: CRM). Salesforce actually has acquired two different CPQ-vendors, they acquired Steelbrick CPQ in 2016 and Vlocity in 2020. CPQ is not a big part of Salesforce total offering, most likley less than 10%.

Zuora (NYSE:ZUO). Zuora is an order-to-revenue platform provider for subscription products. Zuora consideres the CPQ as an add-on to their two flagship products Billing and RevPro - so it's not considered to be a huge part of the business, most likely less than 10%.

Oracle (NYSE:ORCL): Oracle is another leading CPQ-vendor with their Oracle CPQ Cloud. Oracle acquired Big Machines in 2014, and the CPQ product is still called that internally. However the Oracle CPQ Cloud is a tiny piece of this huge corporation. By investing in Oracle only a tiny piece tracks the CPQ-market.

SAP (ETR:SAP): SAP offers SAP CPQ. The product is based Webcom CPQ, which CallidusCloud acquired in 2011. SAP later swallowed CallidusCloud in 2018 and renamed it to SAP Sales Cloud. SAP also traditionally offers the Variant Configurator which is more connected to their ERP offering. Again, the CPQ offering is just a small piece of the SAP corporation.

Listed companies that used to offer CPQ:
ModelN (NYSE:MODN): ModelN used to focus on CPQ, and were even included in Gartner’s Magic Quadrant. You can still find traces of the offering if search for ‘ModelN CPQ’.
Previously listed companies that offer or offered CPQ:
FPX: Firepond was a dot-com darling in 2000 when shares of its IPO surged 356 percent in its first day of trading. The company attained $3 billion market cap and employed 750 people. But they later got into trouble, and was acquired by FPX. FPX is now one of the leading CPQ-vendors and are owned by HGGC, a privat equity company. They may very well IPO again.

Corcentric: Selectica was another dot-com darling in the late 90-ies frenzy. They later transitioned into CLM and faded away. They changed name to Determine a few years ago and was acquired by Corcentric in 2019.
Cameleon CPQ (acquired by PROS) and CallidusCloud (acquired by SAP) were both listed companies before being acquired.
CPQ, stocks, Investing, SAP, PROS, Salesforce, Zuora

Customer often ask us if we think their company is ready to digitalize sales. It’s a fair... 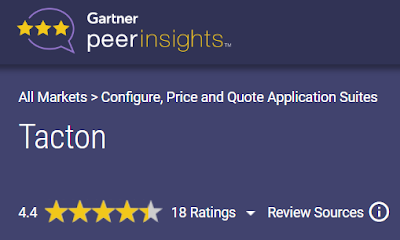 Do you want to know what customers think about Tacton? Gartner has a page were 18 Tacton...

Are your customers ready to configure?

Is it a trend when things were force upon you you? During the last two years sales were forced to...